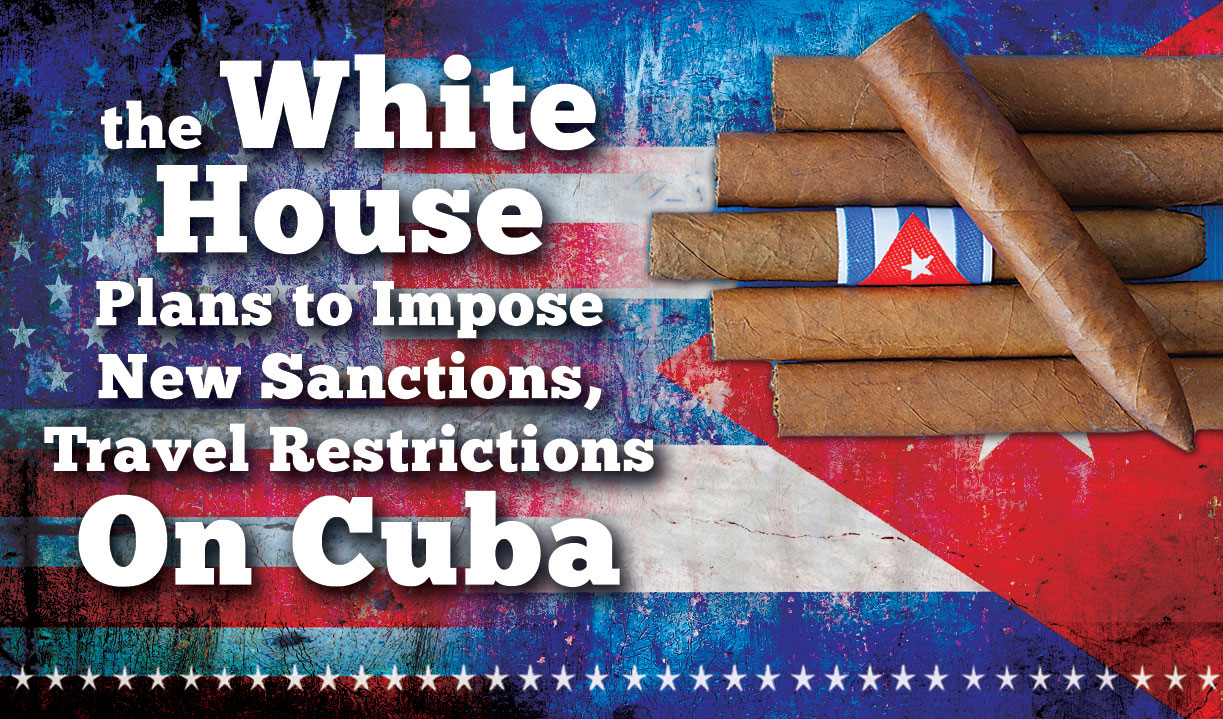 A White House announcement this month indicated that new sanctions and travel restrictions would be put on Cuba in another effort to urge regime change on the Communist nation. Among the changes are more stringent travel regulations for Americans, a limit on the amount of money Cuban-Americans can send to family members in Cuba, and more flexibility for those who want to sue companies doing business with Cuba.

Speaking at Veterans of the Bay of Pigs Association in Miami, commemorating the 58th anniversary of the invasion, National Security Advisor, John Bolton said, “The twilight hour of socialism has arrived in our Hemisphere.” Adding a reference to Nicholas Maduro’s failed government in Venezuela, Bolton added, “We know that Cuba will be next.”

Mr. Bolton also announced that the Treasury Department will enact further regulatory changes that will restrict non-family travel to Cuba, which he called “veiled tourism.” In other words, tours via airlines, cruise ships, and attendance at special events such as the annual Habanos Cigar Festival, will soon be prohibited. Moreover, family remittances, which currently are unlimited, would be capped at $4,000 per year.

Under the Obama Administration U.S. travelers were able to take advantage of expanded loopholes for legal travel in the embargo laws, which gave a significant boost to the Cuban private sector. In 2018 alone, over 600,000 U.S. citizens visited Cuba, as well 400,000 Cuban-Americans.

Tightening the grip even further, the State Department announced that it would fully implement legislative provisions on the books that are intended to deter foreign investment in Cuba.

“Any person or company doing business in Cuba should heed this announcement,” said Secretary of State, Mike Pompeo.

The Title III section of the Helms-Burton Act of 1996 permits former Cuban-American owners of land and businesses confiscated by the Castro regime after 1959 to sue foreign and U.S. companies whose current investments are tied to those properties. In a State Department report issued after Title III was passed it was predicted that the number of lawsuits filed could range from 70,000 to 200,000, and the Justice Department has already certified 8,000 complaints which they deemed as having merit.

Due to concern for such an abundance of potential lawsuits, including an increase in bilateral tension that could ensue between the U.S. and governments whose companies would be at risk for legal action, every President, going back to the Clinton Administration has waived Title III. And since Title III expires on May 2, 2019, said lawsuits will have a green light to proceed.

The huge potential for such actions has also attracted the ire of the European Union which has called for the World Trade Organization to step in. A statement issues by the Union said that it will “consider all options at its disposal to protect its legitimate interests.”

Other restrictive initiatives by the State Department include denial of visas to executives of foreign corporations dealing in “trafficked companies” from coming to the United States. This action would put additional pressure on foreign companies to pull out of Cuba or to postpone future investment plans in Cuba.

Although the measures have been endorsed by Florida Senator Marco Rubio (R) and Florida Representative Mario Diaz-Balart (R), politicians who continue to seek normalized relations between the U.S. and Cuba criticized the State Department citing that there would be a return to the failed policies of the past, and blamed the Trump Administration for attempting to mobilize hardline supporters of the President in Miami’s Cuban-American community.

James Williams, the head of the Engage Cuba lobby which promotes normalization between the two nations said President Trump was attempting to “appease fringe hardliners in South Florida ahead of the 2020 election,” adding that “U.S. travel and remittances are the lifeblood of the private sector entrepreneurs in Cuba. These restrictions are a cruel betrayal and a knife in the back of Cuban civil society and the prospects for a growing independent private sector in Cuba.”

The decision was “plain stupid,” according to Rep. Jim McGovern (D-MA). “It undercuts the emerging private sector in Cuba, which the Trump administration still pretends to support. It alienates our closest allies in Europe, Canada and Latin America, and it strengthens Cuban alliances with Russia, China and Iran. In short, Trump’s Cuba policy is driven by political expediency and an ideology that’s fifty years out of date.”

These new sanctions will be added to the State Department’s announcement in March of this year that it would no longer issue five-year visas to Cubans who have been traveling back and forth to the U.S. This sanction will curb Cuban entrepreneurs seeking goods for Cuban’s growing private sector.

Also in March, the Administration vetoed a pivotal agreement between Major League Baseball and the Cuban Baseball Federation that would have permitted both pro and amateur Cuban ball players to sign with U.S. teams without have to defect from Cuba.

Though it is unclear when the Administration’s new policies will go into effect, those opposed to the sanctions will continue fighting to keep the former Obama regulations in place in their effort to normalize relations between Washington and Havana. Meanwhile, the State Department continues to tighten its grip on the Cuban government.