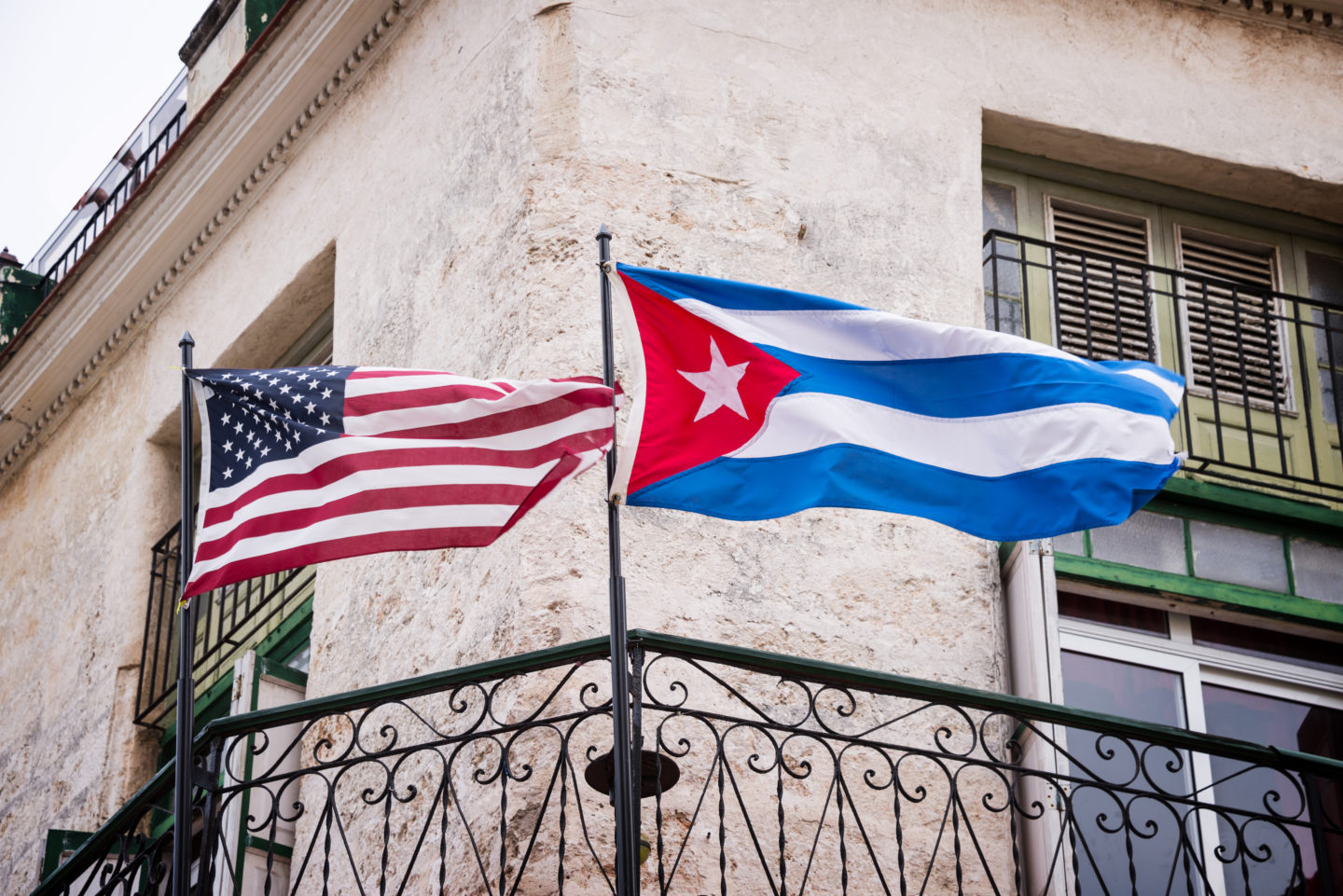 Cuba and the US: A Changing (and Challenging) Relationship

The relationship between the US and Cuba has been fraught with tension for over 100 years. The problems didn’t start with Fidel Castro and President Kennedy, but they certainly did their part to exacerbate them. Read on to learn how the relationship has evolved and where it will go from here.

The US wins the Spanish-American War and gains Cuba as a territory. Over the next 60-some years, the US intervened heavily in Cuban affairs (in spite of the island gaining independence in 1902), supporting a series of repressive dictators.

On New Year’s Day 1959, Fidel Castro seizes power in a successful revolt against the Batista regime. Castro’s Communist leanings were a cause of concern for the US, which was deep in the throes of the Cold War.

As it turns out, the US fears were legitimate. In July 1960, Castro nationalized all US businesses located in Cuba. In retaliation, the US put a trade embargo in place and cut off diplomatic ties with Cuba. A year later, a US-sponsored attempt to overthrow Castro, the Bay of Pigs Invasion failed.

Cuba’s ties with the Soviet Union brought the three countries to the brink of war – in October 1962 there was a two-week standoff when the US discovered Soviet nuclear missiles in Cuba. The situation was resolved when the US and the USSR agreed to pull their missiles from various hotspots.

Relations were a bit warmer by 1965 when Castro allowed Cubans to leave the country. The US extended a warm welcome the next year, allowing Cuban asylum seekers entry.

By 1977 there was a definite thaw. Cuba and the US agreed to resume a limited diplomatic relationship. However, no embassies were opened and the embargo remained in place.

The embargo and oil spikes took their toll and Castro allowed Cubans to leave the country between April and October 1980 from the Mariel Harbor. The US welcomed Cuban refugees, many of whom had been political prisoners.

Two years later, the relationship changed yet again. President Reagan declared Cuba was a state sponsor of terrorism due to its support of militant communist groups in Latin America and Africa. In 1985, the US launched a radio station to reach Cubans, which Castro jammed. Cuba’s leader then blocked Cuban emigration, repatriation and visits from expats.

After the fall of the Soviet Union, the US strengthened its embargo on Cuba. Just two years later, the tide changed: the US signed two accords allowing a greater flow of Cuban refugees. Yet, by 1996, the embargo was strengthened further in response to Cuba shooting down two US civilian planes off its coast.

In 1998, relations worsened when the US arrested five Cuban counterintelligence officials in Miami, known as the Cuban Five). And tensions rose a year later when five-year-old Elian Gonzalez, the sole survivor of an attempt to reach the US by lifeboat, became the focus of a legal battle to determine where he would live.

In 2008, Fidel Castro’s declining health led him to turn the presidency over to his brother Raul. The next year, President Obama eased travel and remittance restrictions to Cuba. Towards the end of 2009, American government subcontractor Alan Gross was arrested, accused of subverting the regime. Five years later, he was released in exchange for three of the Cuban Five.

Over the next two years, relations between the two countries thawed. The US removed Cuba from its state sponsors of terrorism list, and both countries reopened their embassies. In March 2016, President Obama visited Cuba and met with Raul Castro as well as some dissidents.

Eight months after Obama’s visit, Fidel Castro died. President Trump vowed to reverse his predecessor’s rapprochement, although at this point he hasn’t taken any action.