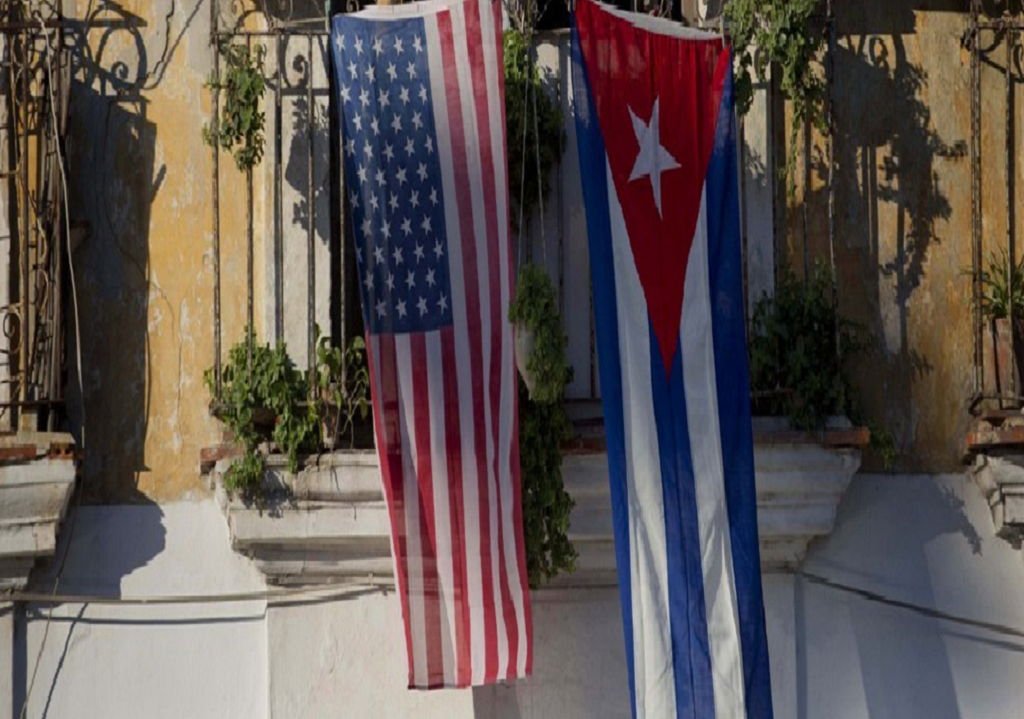 Speaking before an anxious throng of Cuban-Americans today at a Miami theater in the city’s “Little Havana” district, President Trump announced his decision to sign a new executive order that would once again restrict travel to Cuba, crack down on U.S. dollars going to the Cuban military, and demand key reforms in Havana, then followed-up his speech by signing the new executive order on live television.

In light of the new directive, which fulfilled one of the President’s campaign promises, Trump also challenged Cuba to come back to the table with a new agreement.

“I keep my promises, and now that I am your president, America will expose the crimes of the Castro regime, added Trump.”

Despite the dramatic shift in policy, the order will continue to retain diplomatic ties by keeping the U.S. embassy open in Havana, maintain banking transactions, and will not prohibit U.S. visitors to Cuba from bringing Cuban cigars and rum back to the United States. Additionally, U.S. airlines and cruise ship companies can also continue offering travel services.

However, most U.S. citizens who plan on traveling to Cuba will be required to visit the island only as part of organized tour groups that are run by American companies, but they can still book their accommodations through companies like Airbnb and other private-property rental entities. To help ensure that travelers are working with local Cuban entrepreneurs, visitors will also be required to provide a daylong schedule of activities.

One of the key criteria of the Trump policy is to make sure that Americans who travel to Cuba support only private businesses in Cuba, essentially banning financial dealings with ventures that are controlled by GAESA, the Cuban government’s military-run corporation.

Cuban-American Senator, Marco Rubio, (R-FL), who helped work on the new policy, took the stage prior to the President’s announcement and applauded the changes by stating: “A year and a half ago. . .an American president landed in Havana to outstretch his hand to a regime. Today, a new president lands in Miami to reach out his hand to the people of Cuba.”