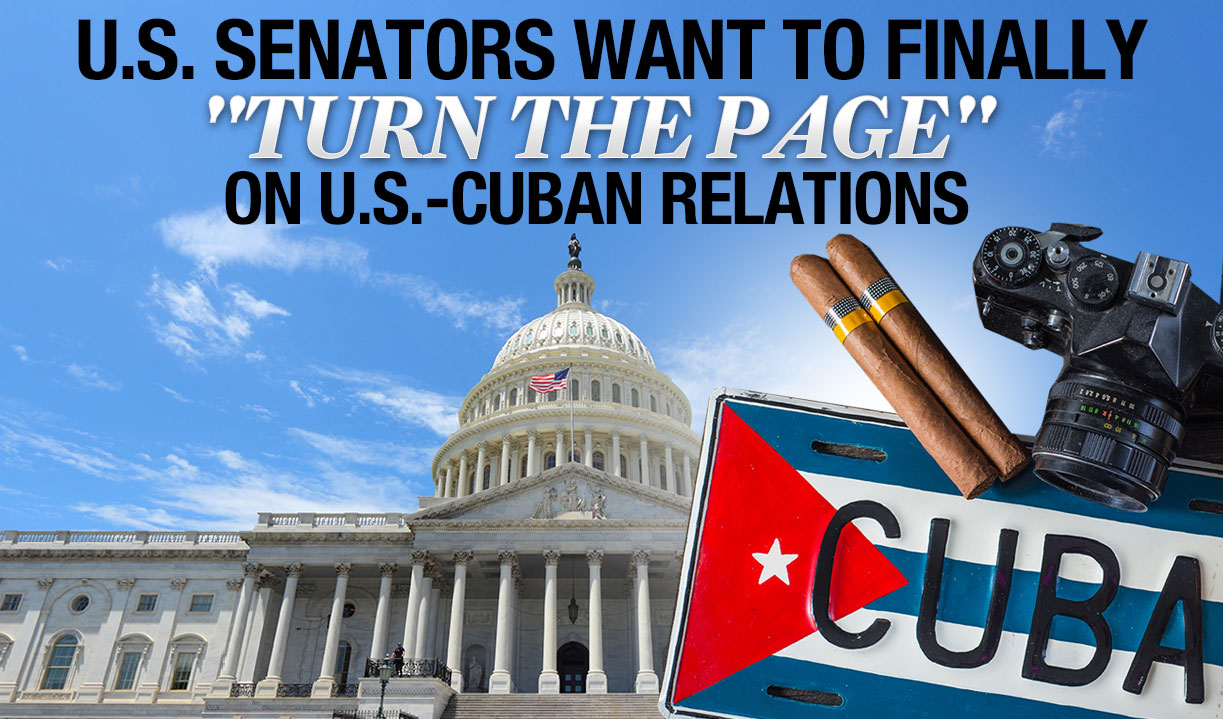 In an effort to “open up engagement with Cuba,” Senator Amy Klobuchar (D-MN) and two other Senators have proposed legislation that would finally bring the 58-year trade embargo against Cuba to an end by lifting restrictions on the sale of U.S. goods to the Communist nation. Titled “Freedom to Export to Cuba Act,” Klobuchar, who introduced the bill on February 8, is joined by Senators Mike Enzi (R-WY), and Patrick Leahy (D-VT).

“Our bipartisan legislation will finally turn the page on the failed policy of isolation, and build on the progress we have made to open up engagement with Cuba by ending the embargo once and for all,” said Klobuchar in a statement. “. . . [L]ifting the trade embargo will open the door to a huge export market, create jobs here at home, and support both the American and Cuban economies.”

This is the third time Klobuchar has introduced such legislation; first in 2015, and again in 2017. The reintroduction of the bill this year also preceded Senator Klobuchar’s announcement of her candidacy for the 2020 presidential race, and the Senator added that U.S.-Cuban relations will be a topic of debate as the campaigns roll-out.

Several Presidents have left their mark on trade restrictions with Cuba starting with President John F. Kennedy, who first imposed the embargo after the ill-fated Bay of Pigs invasion in 1961. In 1996 President Bill Clinton turned the trade sanctions into Congressional law following Cuba’s shooting down of two small private planes owned by Brothers to the Rescue, an anti-Castro political alliance. In 1982 President Ronald Reagan placed Cuba on the “State Sponsor of Terrorism” list for its support of revolutionary governments in Central and South America.

But it was President Barack Hussein Obama who made the most gains in normalizing diplomatic relations with Cuba during his second term. In 2015 Obama removed Cuba from the “State Sponsor of Terrorism” list, even adding exemptions to the embargo such as easing travel restrictions to Cuba and permitting travelers to bring more Cuban cigars into the U.S. without penalties. Obama also reopened the Cuban and American Embassies in Washington, D.C. and Havana, respectively.

Lately, the diplomatic efforts gained by the Obama administration have buckled under the current Trump administration. The State Department plans to put Cuba back on the sponsored terrorism list, and along with the economic and political crisis continuing in Venezuela under the Maduro government, the Trump White House is also planning additional economic sanctions against Cuba. These actions will likely hamper future efforts by U.S. citizens to visit Cuba. Moreover, the Trump administration reportedly plans to allow Cuban expatriates, as well as other U.S. citizens, to file lawsuits in U.S. courts in order to recover properties that were expropriated by the Castro regime after the 1959 Revolution.

According to Reuters, one European commercial attaché in Havana told the news agency that the Cuban economy “is going to get worse than it is already due to the Venezuela crisis, and Trump’s new threats are already scaring people away.”

If the Freedom to Export to Cuba Act were to be passed by Congress and signed into law, the proposed sanctions would, no doubt, hinder some of the economic strides made prior to the Trump administration’s arrival. However, the passing of the act would also send a message to the White House that the country is ready to continue moving forward with Cuba, rather than return to cold war status.

“Decades after the end of the Cold War we continue to impose punitive sanctions against Cuba, a tiny island neighbor that poses no threat to us,” Sen. Leahy noted last week. “After more than half a century, the embargo has achieved none of its objectives.”