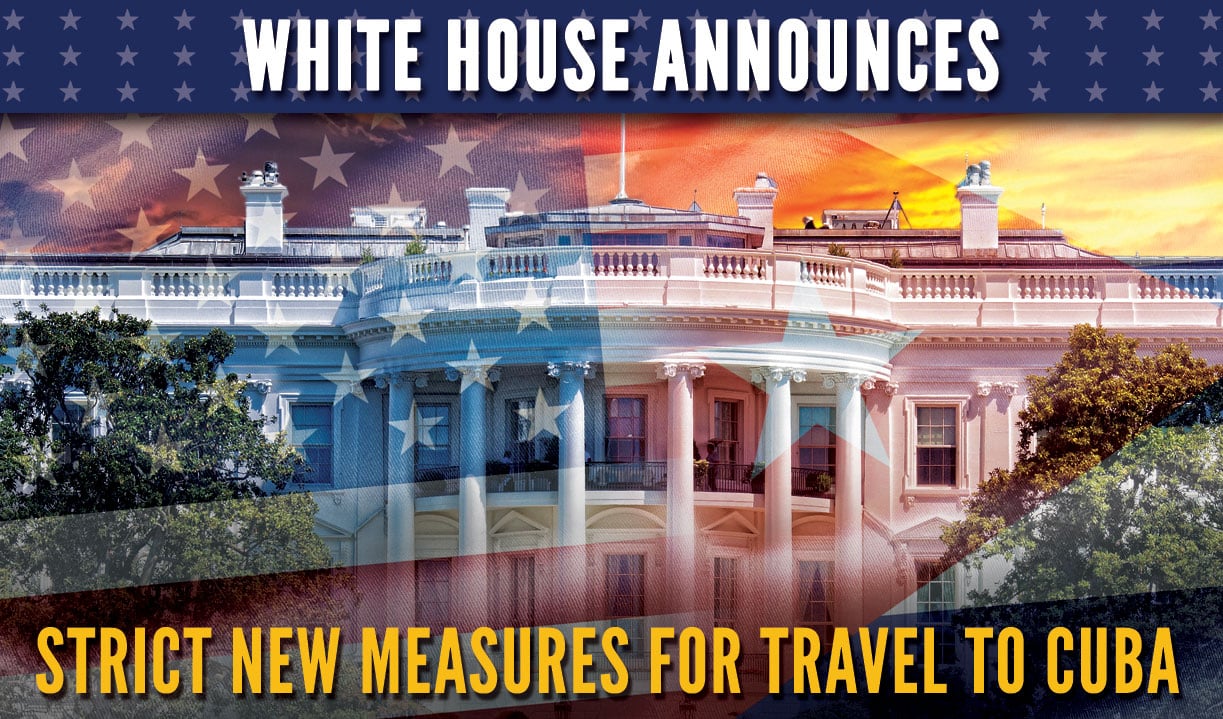 The U.S. Treasury Department has announced a strict new travel policy with regard to Americans planning on visiting the island nation. Effective today, U.S. citizens can no longer travel to Cuba via cruise ships or with a “people to people” visa. The announcement came in the wake of an April message from the Trump administration stating that it would be imposing new restrictions on non-family travel to Cuba.

According to a press release, the Treasury Department has amended the regulations to “remove the authorization for group people-to-people educational travel.” “People-to-people” travel falls under one of 12 categories authorized by the Office of Foreign Assets Control (OFAC) that permits U.S. citizens to travel to Cuba. These visas have become one of the most popular ways for U.S. citizens to travel to Cuba since President Obama restored direct commercial air services in 2016.

“The ‘people-to-people’ category – designed to encourage meaningful interactions between Cubans and foreign travelers – was the most common category under which U.S. citizens planned visits to Cuba,” said Collin Laverty, president of Cuba Educational Travel, an organization that arranges cultural group trips to Cuba. Laverty added that there are still many legal ways to visit the country since, “The changes do not affect 11 other categories of legal travel to Cuba, including ‘Academic Programs,’ ‘Professional Meetings,’ and ‘Support for the Cuban People,’ which will allow many U.S. travelers to continue visiting the island.” Moreover, as long as reservations were arranged and paid for before the June 4 announcement, U.S. citizens who’ve already booked their trips under a “people to people” visa should be able to go through with their travel plans.

The Treasury Department also stated that Obama-era authorizations allowing private and corporate aircraft to fly to Cuba, as well as recreational and cruise ships that now stop in Cuban ports, would be terminated.  Moreover, New Commerce Department regulations stated that “. . . private and corporate aircraft, cruise ships, sailboats, fishing boats, and other similar aircraft and vessels generally will be prohibited from going to Cuba.”

“This administration has made a strategic decision to reverse the loosening of sanctions and other restrictions on the Cuban regime,” said Treasury Secretary Steven Mnuchin in a statement. “These actions will help to keep U.S. dollars out of the hands of Cuban military, intelligence, and security services.”

Air carriers may have to cut back on the number of flights to the island, since the number of U.S. travelers visiting Cuba will most likely decrease. However, commercial airlines are still allowed to fly to Cuba’s airports under the Trump administration’s regulations.

When President Obama relaxed travel restrictions to Cuba in 2016, it gave a significant boost to the Cuban private sector. Visitors were able to dine at private restaurants, hire drivers of vintage cars for private tours, and book stays in private homes. As a result, opponents of the new restrictions contend that Cuban entrepreneurs who opened businesses catering to Americans could lose their businesses and be forced out of Cuba’s desirable private sector.

James Williams, director of Engage Cuba, an advocacy group that supports normalization between the U.S. and Cuba said, “Restricting Americans freedom to travel is an attack on our fundamental right as citizens. The federal government should not be policing where Americans go on vacation.” And the Center for Responsible Travel also stated that a return to pre-Obama policies such as isolating Cuba by trade and travel embargos, will do more to hurt Cubans.

The new Treasury regulations will also cap family remittances at $1,000/person every three months, while under the Obama administration remittances were unlimited, and some pundits say there may be more sanctions from the Trump White House down the road.